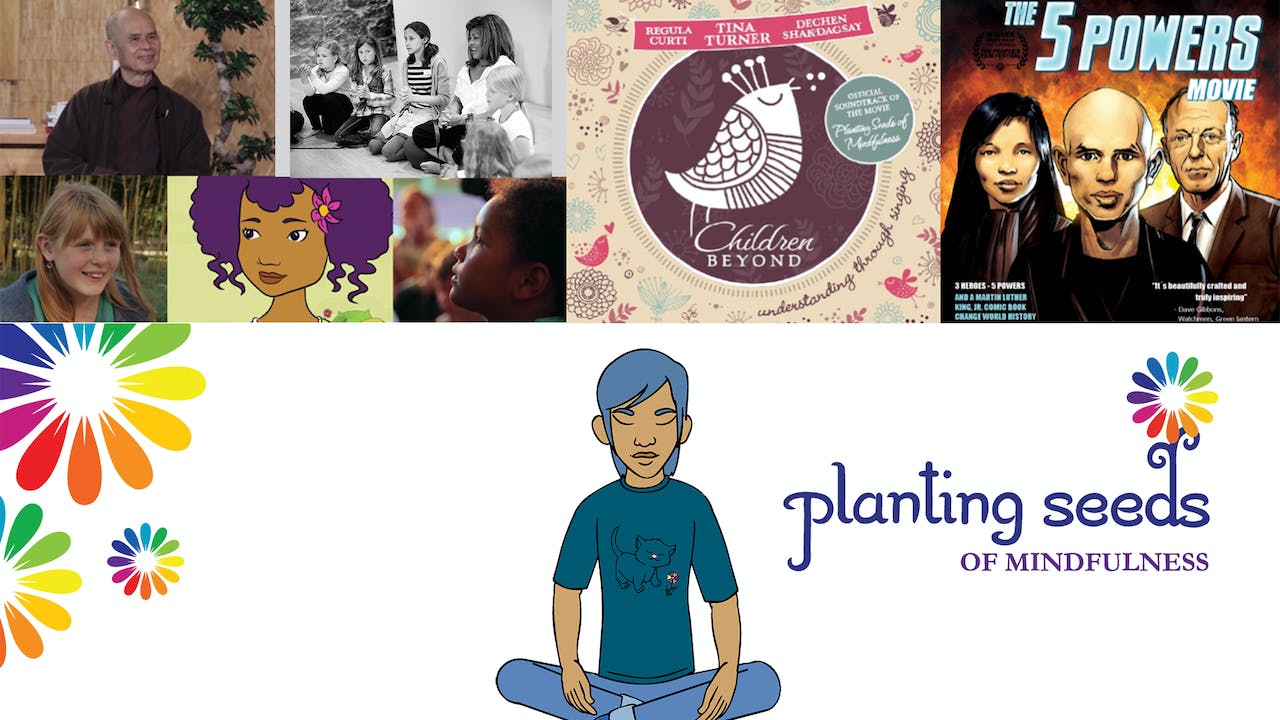 EDU TRIPLE EDITION - ALL Movies - Children Beyond Music - ALL EXTRAS

There has never been a time in world history to spread mindfulness as far and wide as we can.

We would like to offer the movie for free to everyone who cannot afford to pay for it.

The VHX platform is awesome, but only allows us to give 100 downloads per month for free.

"Pay What You Want" Is Enabled. If You Can Pay More, We Will Be Truly Grateful...Why?

The Reality Is We Have Not Broken Even On The Movie...Meaning The Project Is in Debt.

Donate More Now or Download Everything and If You Like It, And Can Afford To Pay More.

You can do that via Gregory Kennedy-Salemi´s Paypal.me acct.
paypal.me/the5pwrscbk

“Hope is what the world needs now and hope is what The 5 Powers Movie offers.”

''The 5 Powers is a moving fusion of documentary footage, historic montage and vivid animation that send a powerful message of peace. Using modern technology and dramatic storytelling, the film focuses on three true heroes and their non-violent re-solution of conflict through a mind-ful, compassionate approach. Its beautifully crafted and truly inspiring'

"The 5 Powers addresses timeless issues that are being replayed worldwide today in the Middle East and at home in the USA. We hope that this film will challenge the traditional notion of ‘the hero’ and what constitutes heroic action" - Gregory Kennedy-Salemi