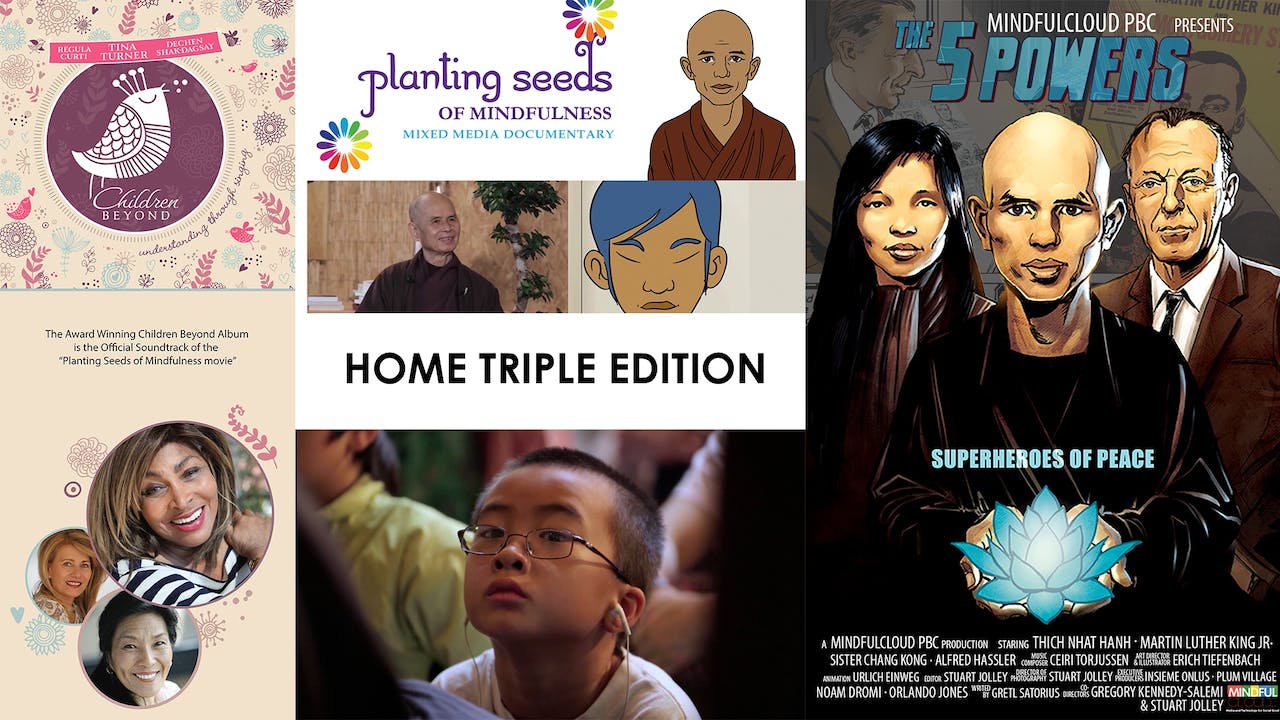 TRIPLE EDITION - ALL Movies - Children Beyond Music - ALL EXTRAS

“Hope is what the world needs now and hope is what The 5 Powers Movie offers.”

''The 5 Powers is a moving fusion of documentary footage, historic montage and vivid animation that send a powerful message of peace. Using modern technology and dramatic storytelling, the film focuses on three true heroes and their non-violent re-solution of conflict through a mind-ful, compassionate approach. Its beautifully crafted and truly inspiring'

"The 5 Powers addresses timeless issues that are being replayed worldwide today in the Middle East and at home in the USA. We hope that this film will challenge the traditional notion of ‘the hero’ and what constitutes heroic action" - Gregory Kennedy-Salemi